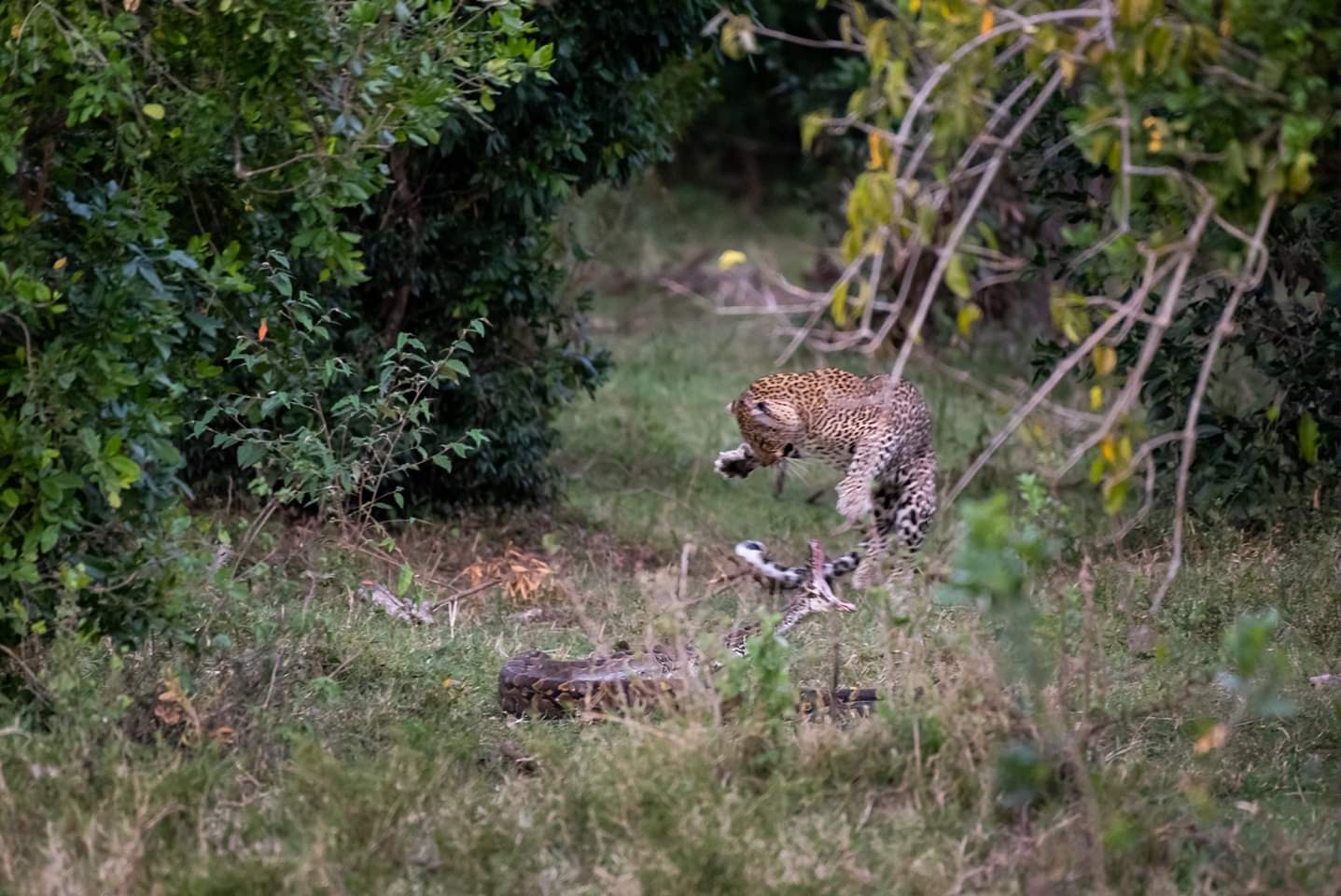 The python tried to sneak up on the big cat (Image: Kennedy News and Media)
Mike, from Ontario, Canada, said: “We all had a moment thinking about how terrible it was that we were watching a beautiful leopard get killed.
“Python constriction is horrible and it was sickening to imagine death from that.
“The leopard wrestled out and was able to claw, then bite the head of the snake.”

The python had eyes to be for its stomach (Image: Kennedy News and Media)
He added: “We heard a very loud crunching sound which was likely the leopard biting the skull of the python.
“The python may have died or been terribly injured because it continued to flop around slowly.
“It was probably the closest scrape with death that the leopard has ever been through.”

The leopard crushed the python’s skull (Image: Kennedy News and Media)
Mike, who has been photographing wildlife for seven years, said his safari group had heard of a leopard sighting in the area and rushed over to witness it.
Mike said: “It was a thrill to see the power of a leopard in action while hunting the impala.
“We waited about 15 minutes, the impala was cautious and the leopard seemingly too patient.
“The distance grew between the two and I capped my lens thinking it was certainly over.” 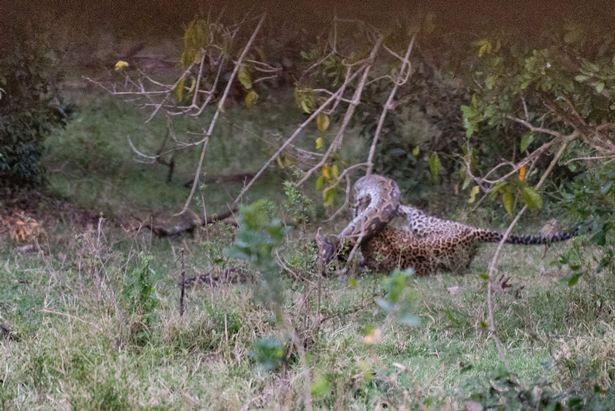 The python and the leopard had a fight to the death (Image: Kennedy News and Media)
He added: “We figured that the python came out to try for the impala, which brought the leopard right into the python’s position.
“It was a huge shock when we spotted it, we were very concerned when the action stopped and the python seemed to be winning.
“The leopard wrestled out and was able to claw, then bite the head of the snake.
“I think what makes these images unique is simply how rare the sighting is.
“Word travelled around the Mara and of 40 or so guides, who are out there all day every day, nobody has seen this happen before.”
Source: dailystar.co.uk