As far as hard-to-swallow meals go, porcupines have got to be pretty high up on the list. Those spiny coats don’t exactly say “eat me, I’m delicious” – but that didn’t stop a python in a South African nature reserve from attempting to swallow one of these spiky rodents … with grim consequences.

Image: Jean-Claude Chanu/Lake Eland Game
Staff at South Africa’s Lake Eland Nature Reserve came across the body of the 3.9-metre-long southern African python (Python natalensis) yesterday, its massively bloated stomach a clear sign of a recent, large meal. The non-venomous snakes kill their prey by constriction, coiling tighter and tighter until their victim dies of cardiac arrest.
The snakes might be among Africa’s largest (and among some of biggest snake species in the world), but that impressive size isn’t much help when you’re digesting a big bundle of very sharp quills. “An autopsy showed porcupine quills lodged in the snake’s digestive tract,” reserve staff revealed in a Facebook update, along with some pretty graphic images of the necropsy finds. The porcupine weighed in at an impressive 13.8 kilograms. 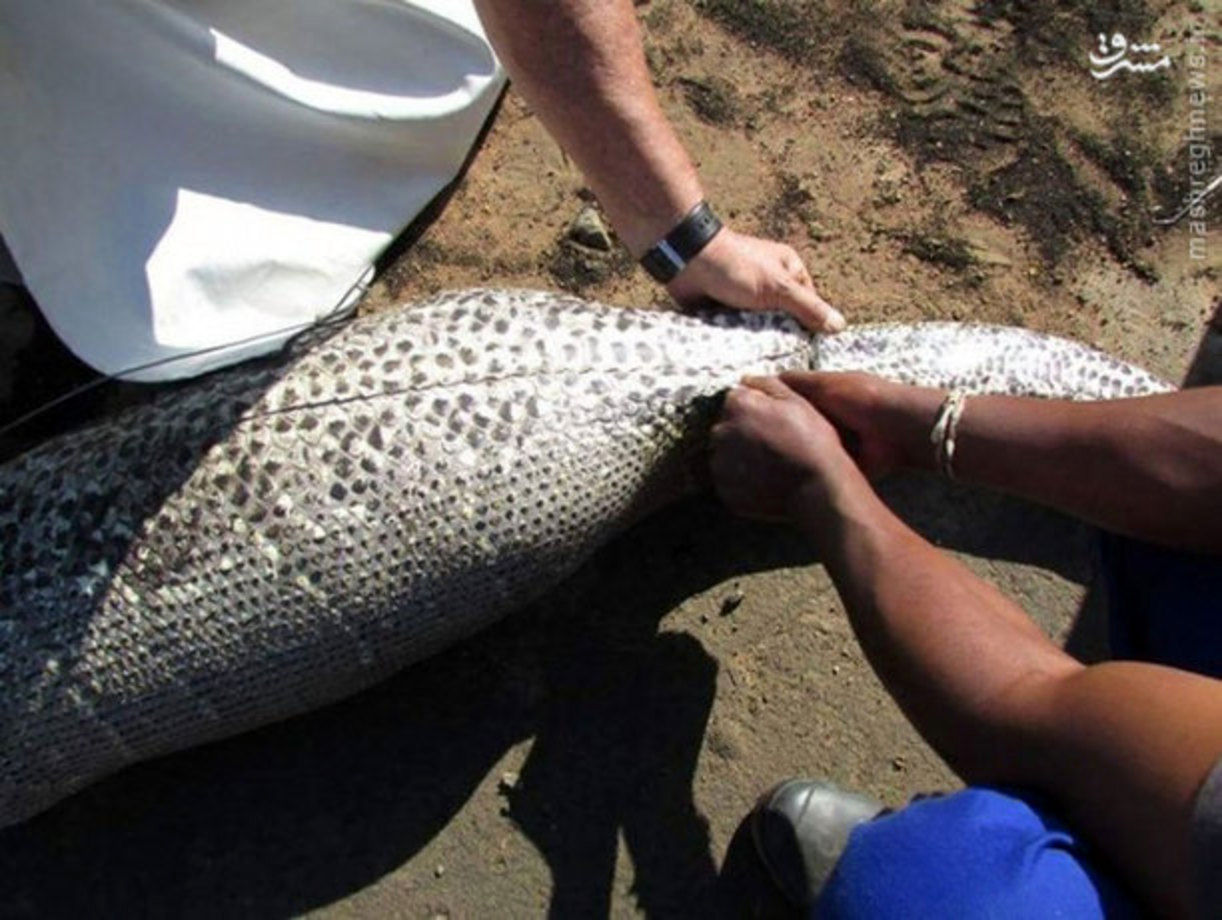 Image: Lake Eland Game Reserve
The large python was initially spotted alive by a mountain biker riding through the reserve, likely very shortly after it had swallowed the porcupine. “It was an incredible sight,” Jean-Claude Chanu told local news channel eHowzit after snapping several photos of the snake digesting what was still a mystery meal at the time.
The photos quickly grabbed attention online, with many Facebook users speculating about the contents of the snake’s stomach. Staff at Lake Eland initially suspected the reptile had swallowed a warthog or an impala calf, both of which are pretty common python prey.

Image: Jean-Claude Chanu/Lake Eland Game Reserve
And the debates didn’t end there. After photos of the necropsy emerged, many wondered exactly why the reptile had died. Was ingesting the spiky meal a fatal error from the start, or did the snake actually have a chance of safely digesting its dinner? The Lake Eland team speculates that the python could have survived had it not been for curious park visitors getting a little too close and causing the animal – immobilised by its large meal and therefore vulnerable – to regurgitate the porcupine due to stress.
South African snake expert Johan Marais agrees. “Pythons do eat porcupines and usually without problems other than the odd quill stuck somewhere. But when disturbed after a large meal, the natural reaction for a snake is to regurgitate its meal so that it is mobile again and can escape. But regurgitating a porcupine is not that easy, and I am sure that is where things went wrong,” he explains.
If you live in the US, this python might look familiar thanks to its close cousin’s ecologically devastating Florida invasion, but the reptiles are actually threatened by habitat loss in their native Africa, and they’re considered beneficial co-inhabitants in many areas thanks to their appetite for pests like rats.
Source: earthtouchnews.com