There are close-up lion encounters and then there’s this … 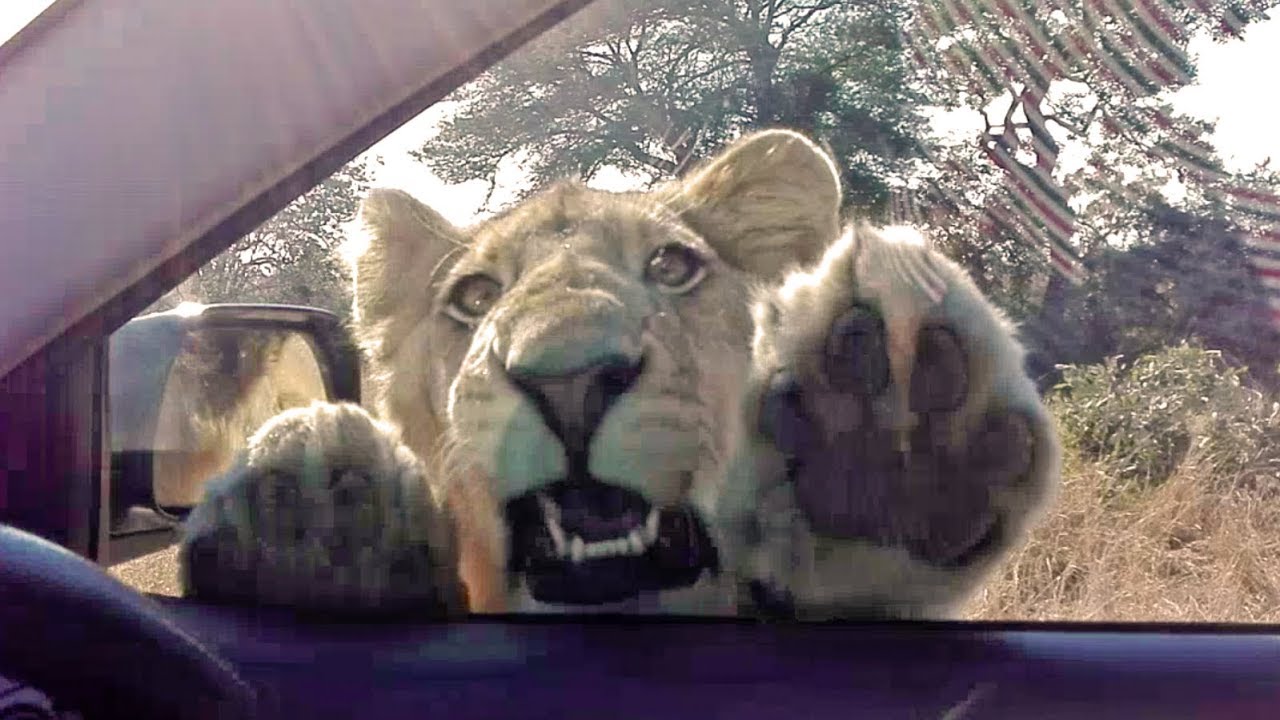 Video: When a Wild Lion Tries to Get Inside Your Car! 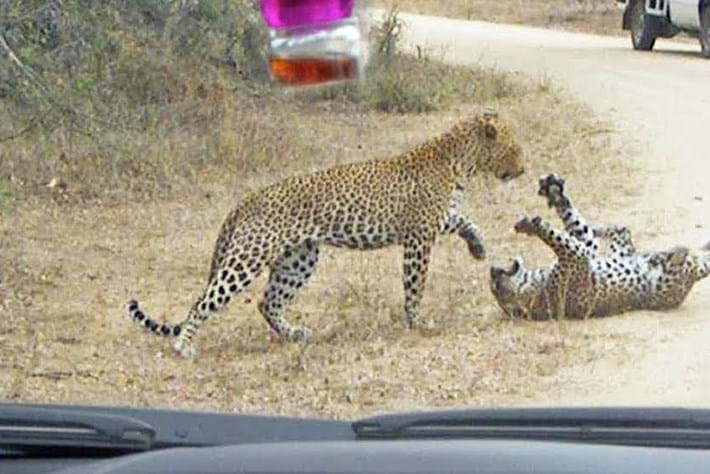 This young male is believed to be part of a pride that is known to interact with vehicles. While the rest of the lions kept their distance, one particularly inquisitive feline moved in for a closer look. After nibbling on the car tyres and one of the side mirrors, the youngster turned his attention to the driver’s window, possibly intrigued by his own reflection or the vehicle’s human cargo. “We were very excited and scared at first, but then we realised that the lion was more curious and playful and was just … investigating a strange object,” van der Westhuizen explained to Latest Sightings.
Young lions sometimes exhibit a kittenish curiosity as they learn to make sense of their surroundings and develop the skills necessary to survive in the wild (even adult lions have been known get a little playful from time to time). And it’s not just Africa’s biggest cats that have been recorded interacting with vehicles. Last year a leopard in the Kruger Park sauntered over to a tour guide’s vehicle and, inexplicably, began gnawing on one of the tyres:
Video: Leopard Bites & Punctures a Nissan’s Tire

Although close encounters with big cats may be thrilling, they can also be dangerous. Injured or sick animals may approach vehicles out of desperation, sometimes with disastrous results. In this case, however, it seems that the young lion was simply curious. Driving away may have resulted in injury to the animal, so sitting tight was probably the best option.

It made for an experience that van der Westhuizen will not soon forget: “Most of my 48 years of visiting the park, I have had to use binoculars and a lot of imagination to spot a lion – never ever had an encounter like this!”
Header image: alcuin lai, Flickr