The impressive moment a herd of elephants club together to save one of their young calves from hungry lionesses has been caught on camera in Botswana.
Photographs were taken by British photographer James Gifford show one lioness stalking the small elephant before leaping onto its back in Chobe National Park.
But she wasn’t strong enough to take down her prey by herself and by the time backup arrived, what appeared to be an entire herd of elephants was there to defend the calf.
James said: ‘When I saw the elephant herd approaching their direction, the lions lay low. The elephants didn’t appear to notice the lions, or if they did, they didn’t perceive them as a threat.
‘The pride wouldn’t have any chance against the herd, so they waited until the adults had already passed before a couple of the lionesses seized their opportunity to attack a youngster which was on its own, straggling some distance behind the others.
‘The unfortunate youngster got the fright of its life, but although one of the lionesses succeeded in jumping on its back, she was unable to bring it down on her own. Crucially a second female-only arrived to help 10 seconds later, by which time the brief window of opportunity had closed.
‘The calf fled towards the safety of the herd and when it was within around 20 meters, the lionesses abandoned the attack knowing that if they got too close to the adult elephants, they risked serious injury.’ 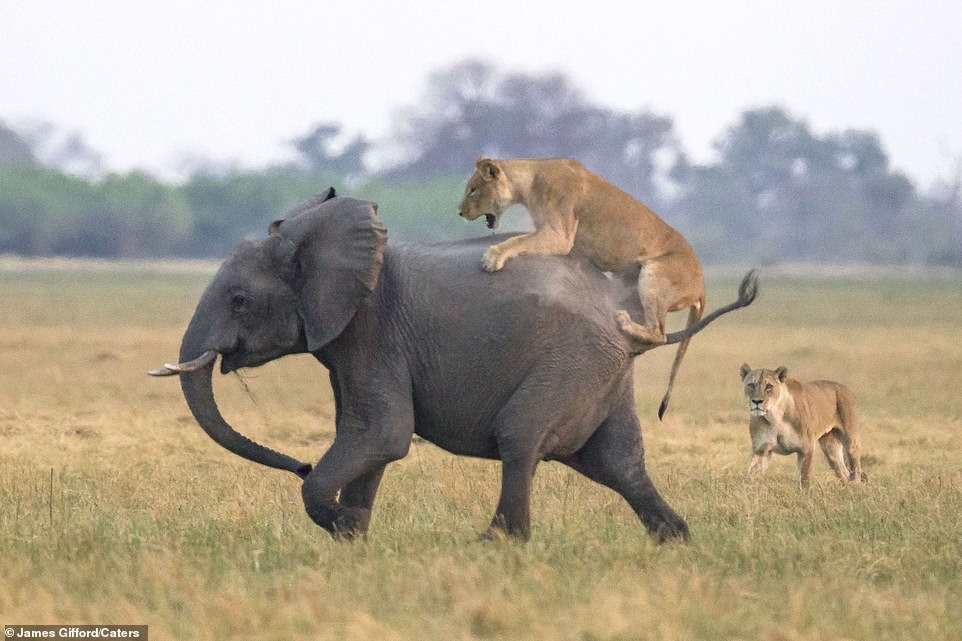 A roaring lioness leaped on the elephant’s back in Chobe National Park, Botswana while her backup stalked the calf from behind. 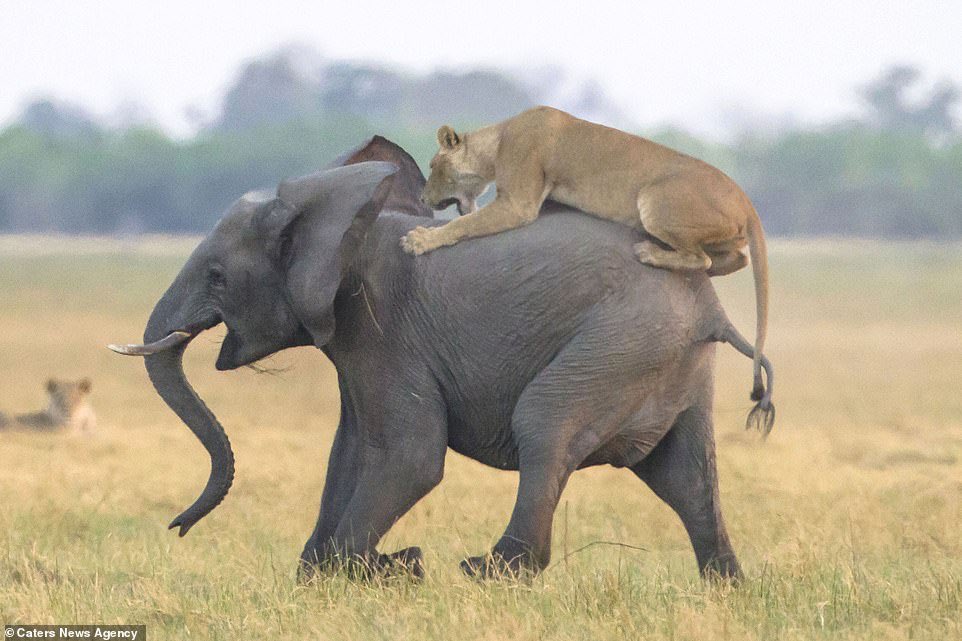 Fortunately, the single lioness was not strong enough to take down her prey by herself and the elephant managed to reach the safety of its herd. 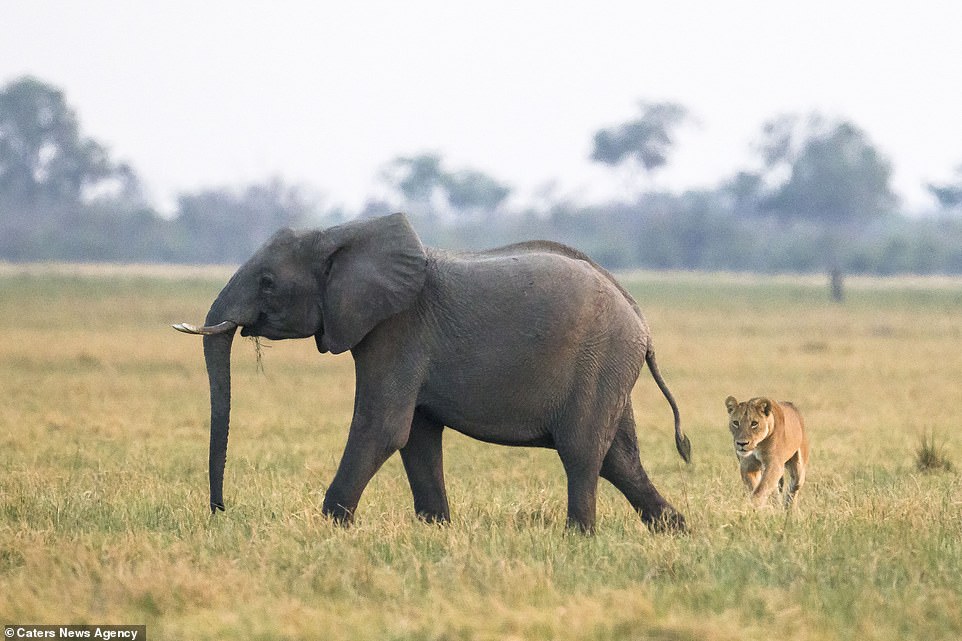 One lioness approaching the oblivious elephant calf, who was lagging some distance behind the rest of the herd in Chobe National Park, Botswana. 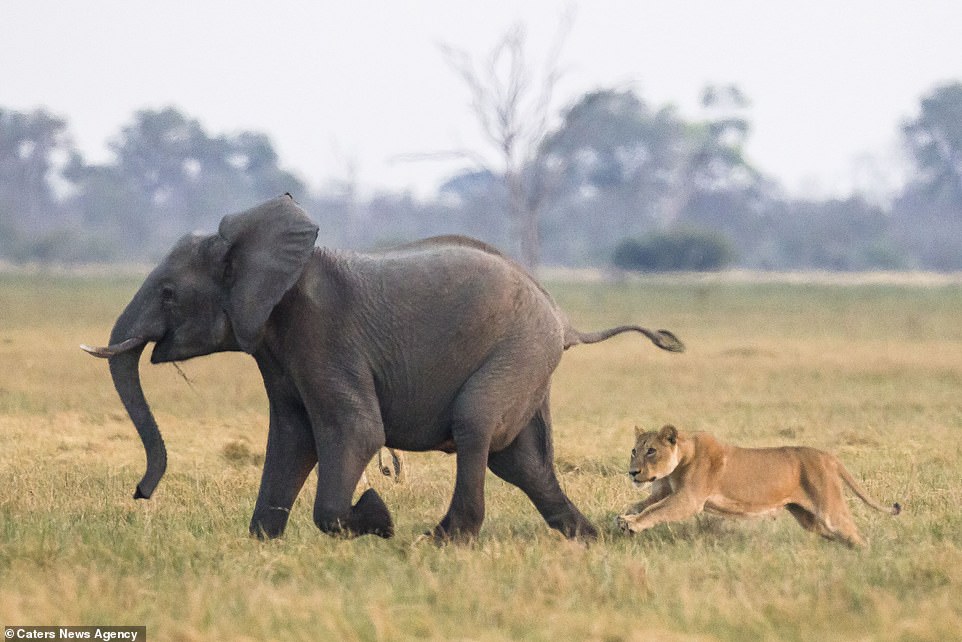 The lion waited until the adult elephants had passed ahead before seizing her opportunity to attack a youngster which was on its own. 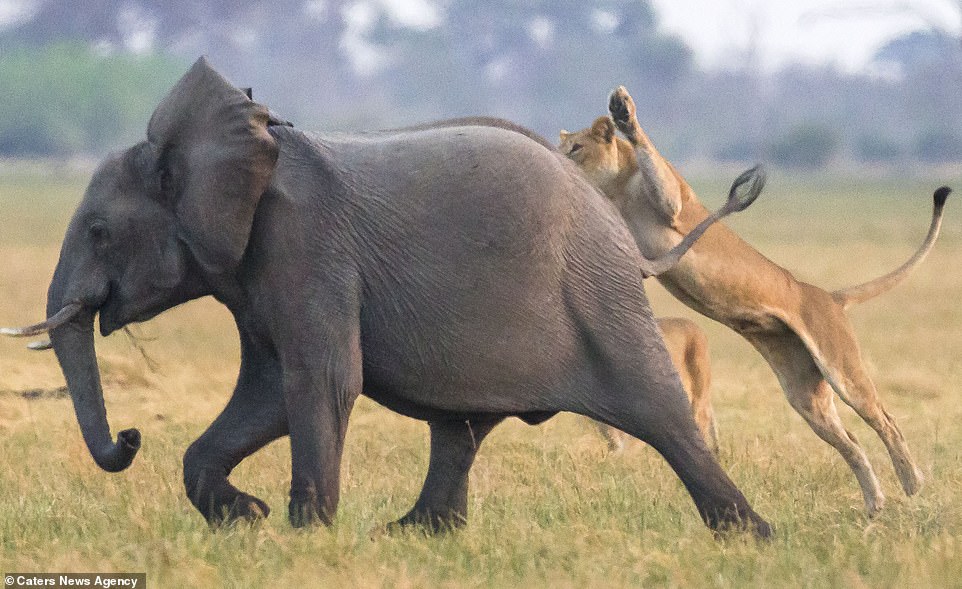 The lions and elephants in Chobe National Park were photographed by UK photographer James Gifford who witnessed one of the lionesses jumps on the small elephant’s back.

James had been following the lion pride for a while in the hope of capturing them hunting and captured these images of the pride’s failed attempt to take down an elephant calf. 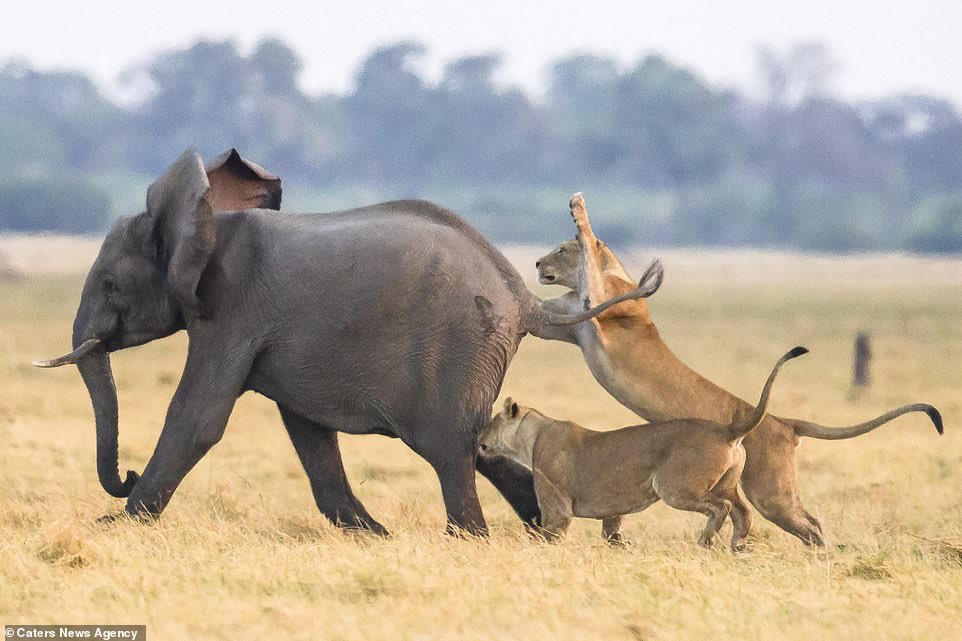 After around ten seconds a second lioness arrived to help but the brief window of opportunity had closed as the elephant herd was on its way.

Five hungry lion cubs look on as their mothers unsuccessfully try to bring down an elephant calf in Chobe National Park, Botswana. 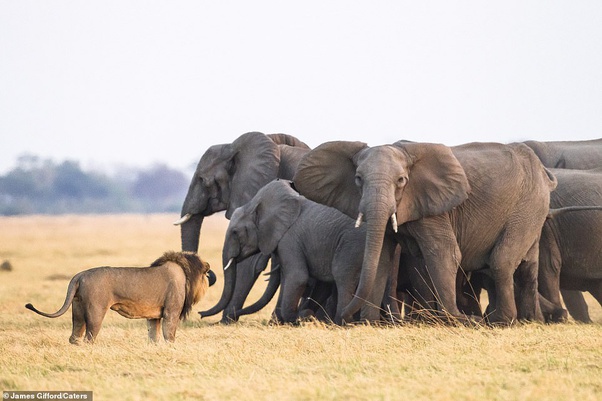 The calf fled towards the safety of the herd and was accepted into the fold while the adult elephants staged a standoff with the lion pride. 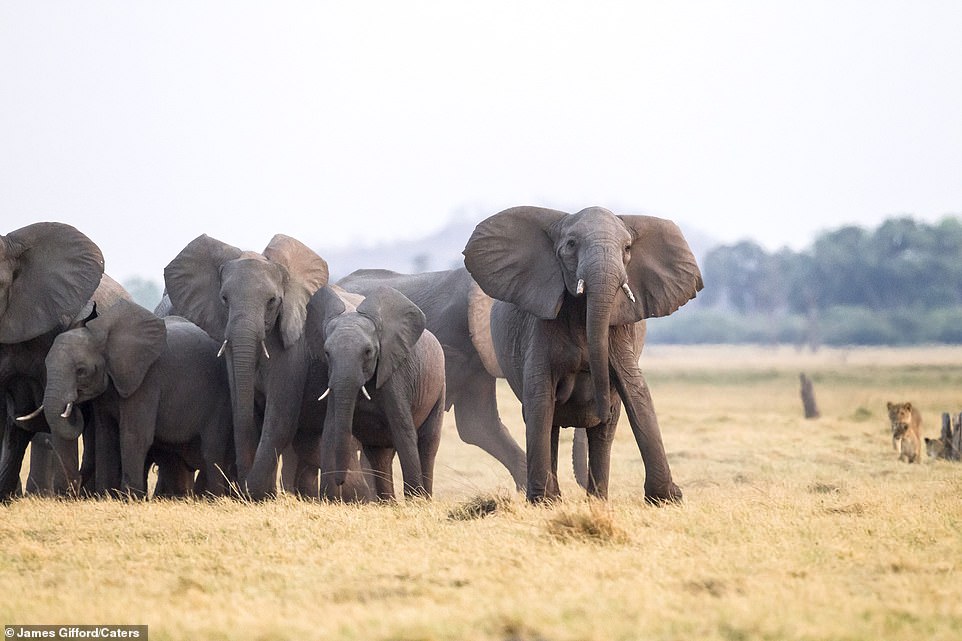 Once the young elephant had returned to the safety of its herd, the lion pride left – knowing that if they got too close to the adult elephants, they risked serious injury.