In a bizarre incident, a leopard in Rajsamand district of Rajasthan strayed into a human habitat in search of water and got its head stuck in an aluminium utensil with a narrow opening. After 10 hours of struggle, the frightened animal was freed from its misery by a team of Forest Department officials. 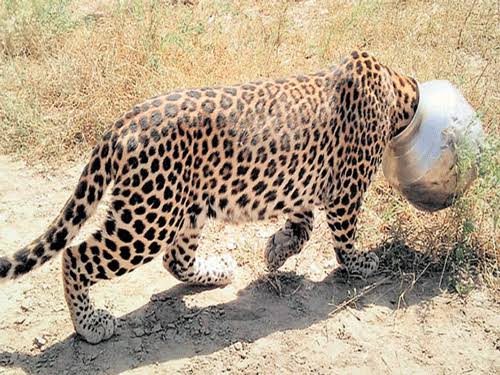 A leopard whose head was stuck in a vessel was relieved of its ordeal after 10 hours.  PHOTO: SPECIAL ARRANGEMENT
The leopard was later set free in a dense forest of Kumbhalgarh Wildlife Sanctuary.

Early Wednesday morning, residents of Sardul Kheda village woke up to the strange shrieks of the animal. The frightened leopard ran around the village with its head stuck in the pot and the villagers in hot pursuit, merrily clicking pictures on their mobile phones. 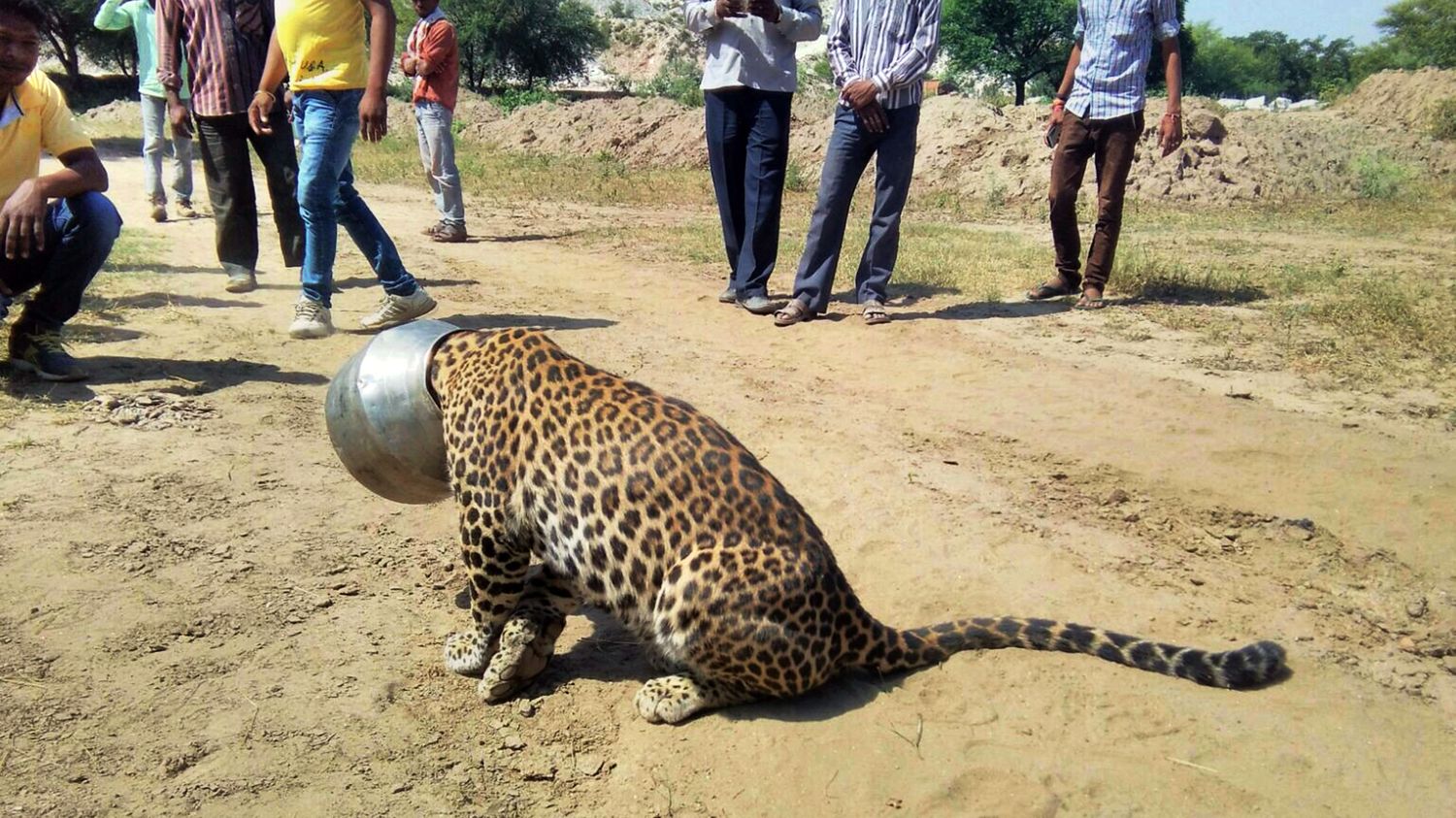 Some villagers tried to capture the animal by tying its legs but only made it more aggressive. The villagers then informed the forest officials, who tranquilised the animal and managed to ease its head out of the pot. “It took four hours to tranquilise the leopard and remove the pot. The leopard may have suffocated if its head had remained stuck longer. Our team tranquilised the leopard and shifted the animal to an enclosure. We tried to remove the aluminium pot through various angles and succeeded without using a gas cutter,” said Kapil Chandrawal, District Forest Officer, Rajsamand. We received information at around 10 am and by afternoon the leopard was set free in the forest area, he added. 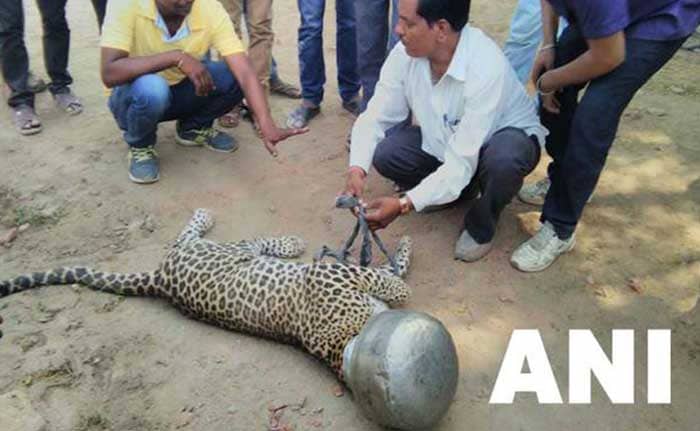 Forest officials said the leopard was around three years old and had strayed into the village in search of water.  A week before, villagers had reported frequent sightings of a leopard and two cubs around their fields. 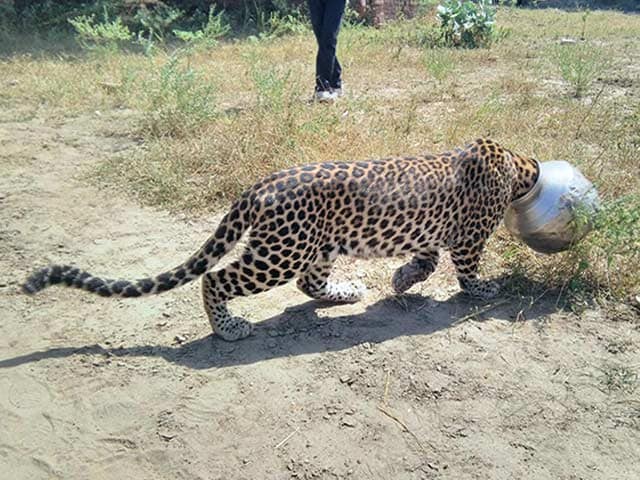 According to forest officials, several animals had moved out of Kumbhalgarh sanctuary and taken shelter in nearby marble dumping sites where water was scarce. “There is no dearth of water in Rajsamand and nearby Kumbhalgarh sanctuary. The huge marble blocks have been lying at these sites for last many years. Narrow ridges or small caves between big marble blocks provide safety to these animals,” Chandrawal said. 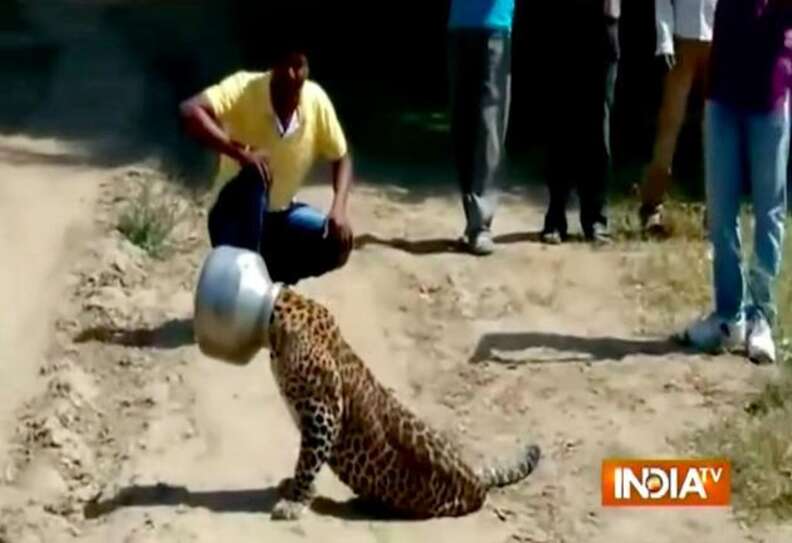