Incredible photos have captured the moment an angry mother bear chased off two huge tigers to protect her cubs.
The sloth bear was walking with the two cubs on her back as a female and male tiger approached her.
The bear doesn’t back down, taking on each of the tigers and sending them packing.
The remarkable encounter was captured in Ranthambhore National Park, India by wildlife tourism professional Aditya ‘Dicky’ Singh, 52, from Sawai Madhopur, India.
‘The victor walked off leaving behind two sheepish cats,’ he said. 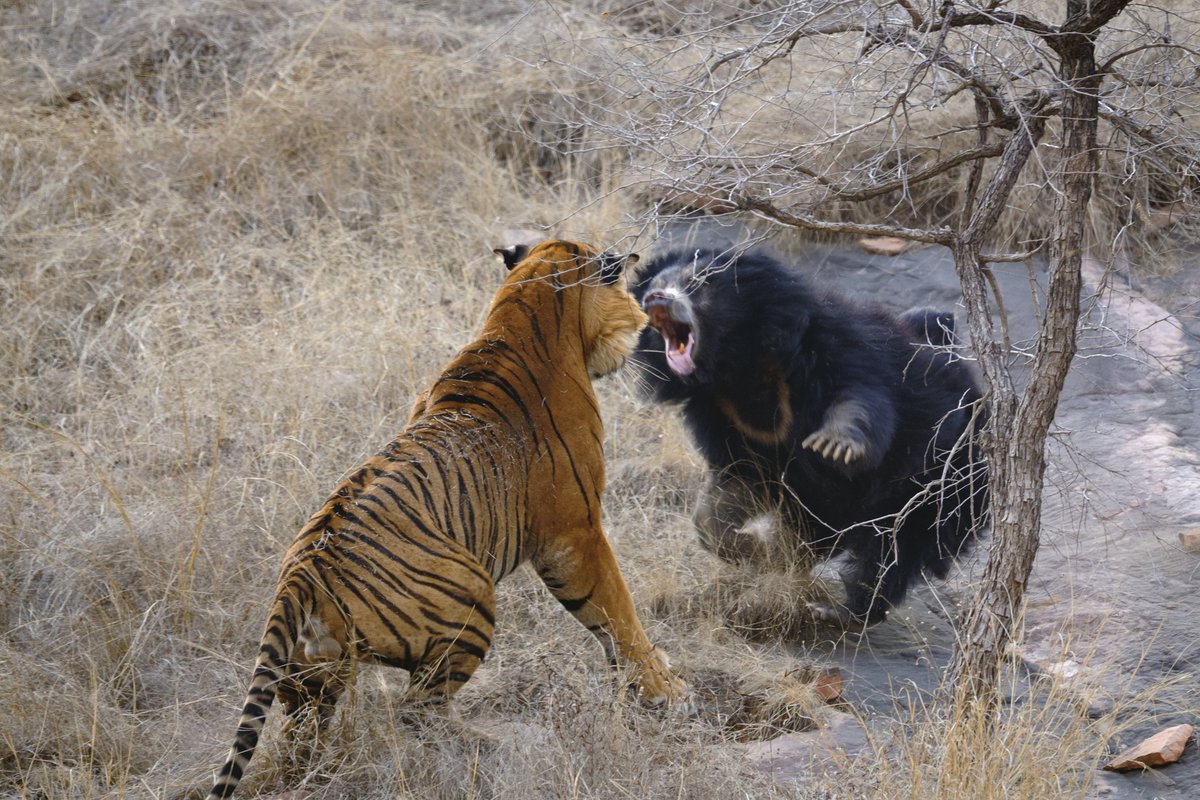 Battle of the beasts: Incredible photos have captured the moment an angry mother bear chases off two huge tigers to protect her cubs. 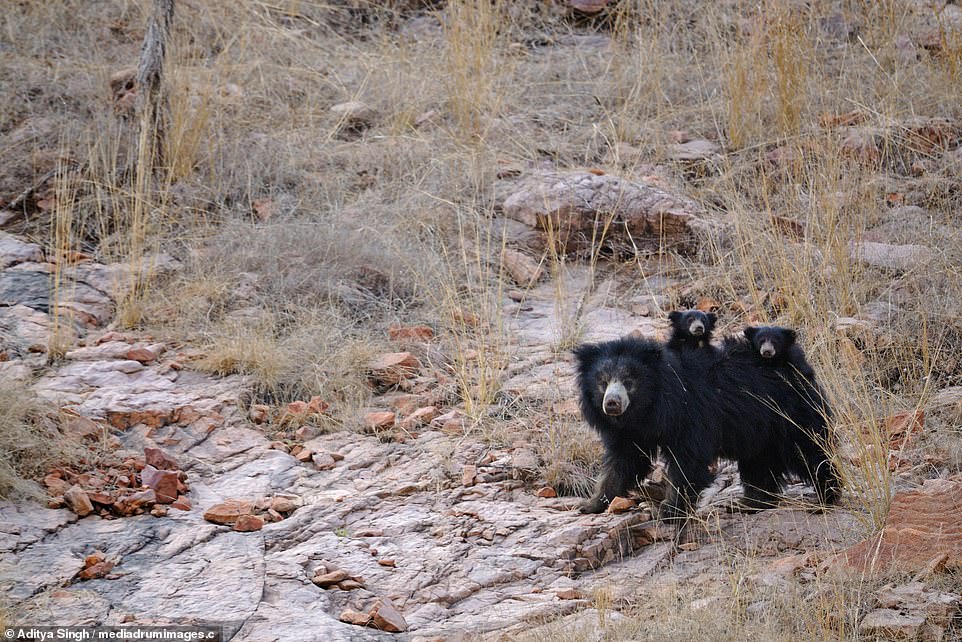 For the love of her cubs: The three baby cubs watch from the sidelines as their ferocious mother fights for their lives. 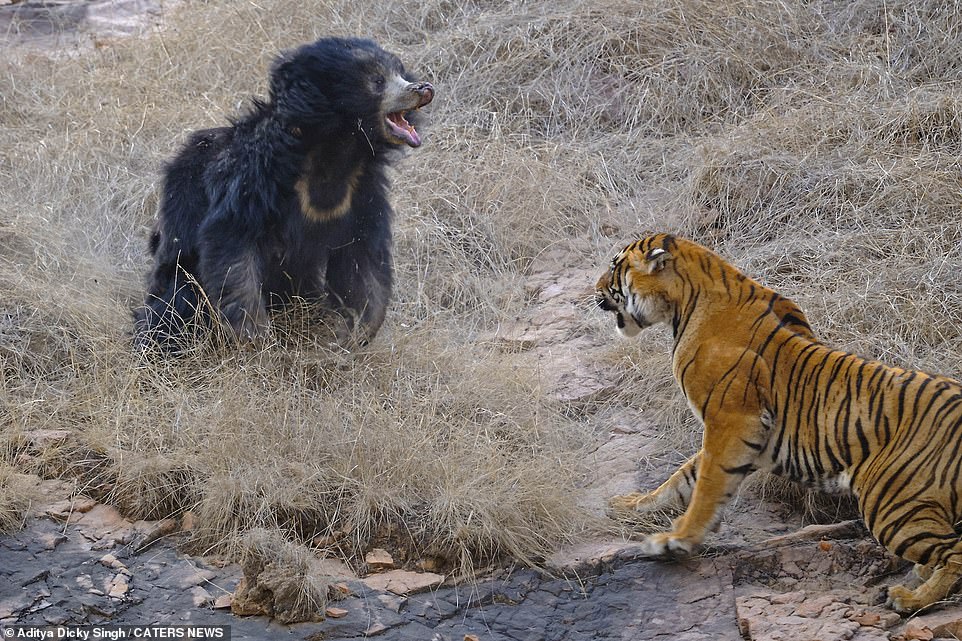 Here me roar: The mother bear roars at the tiger, warning the predator to back off or she’ll have to use her sharp claws. 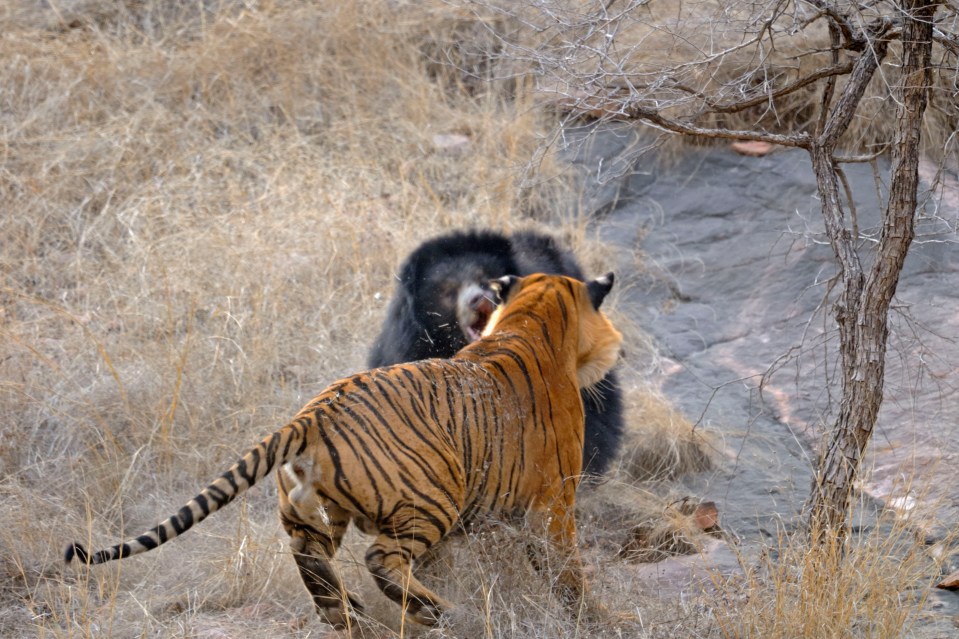 Playing no games: The tiger attacked, but the bear showed that she was not going to be intimidated by the male predator. 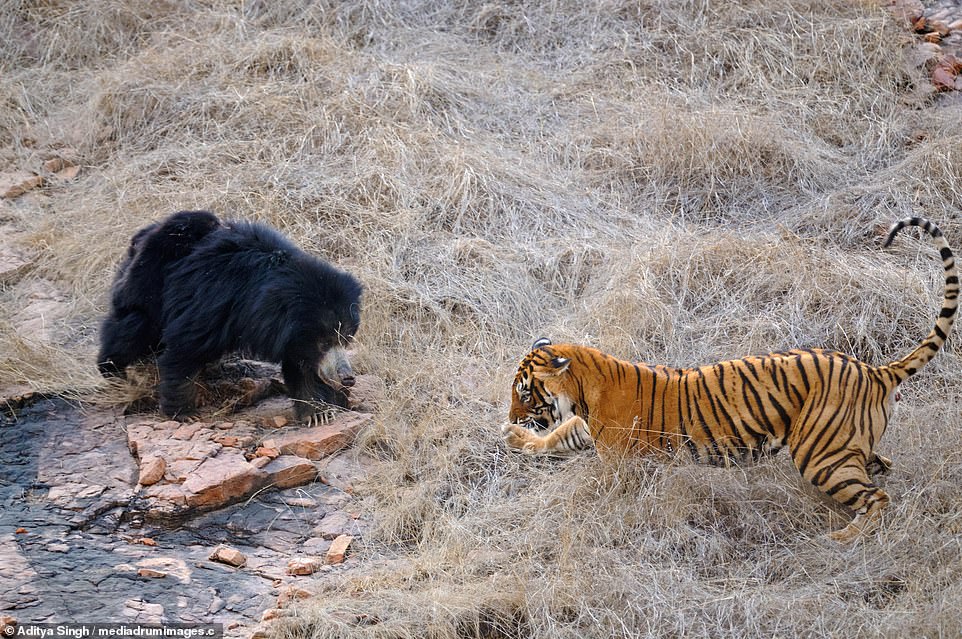 Strongest wins? The tiger initially had the upper hand and appeared to be set to win the fight between them. 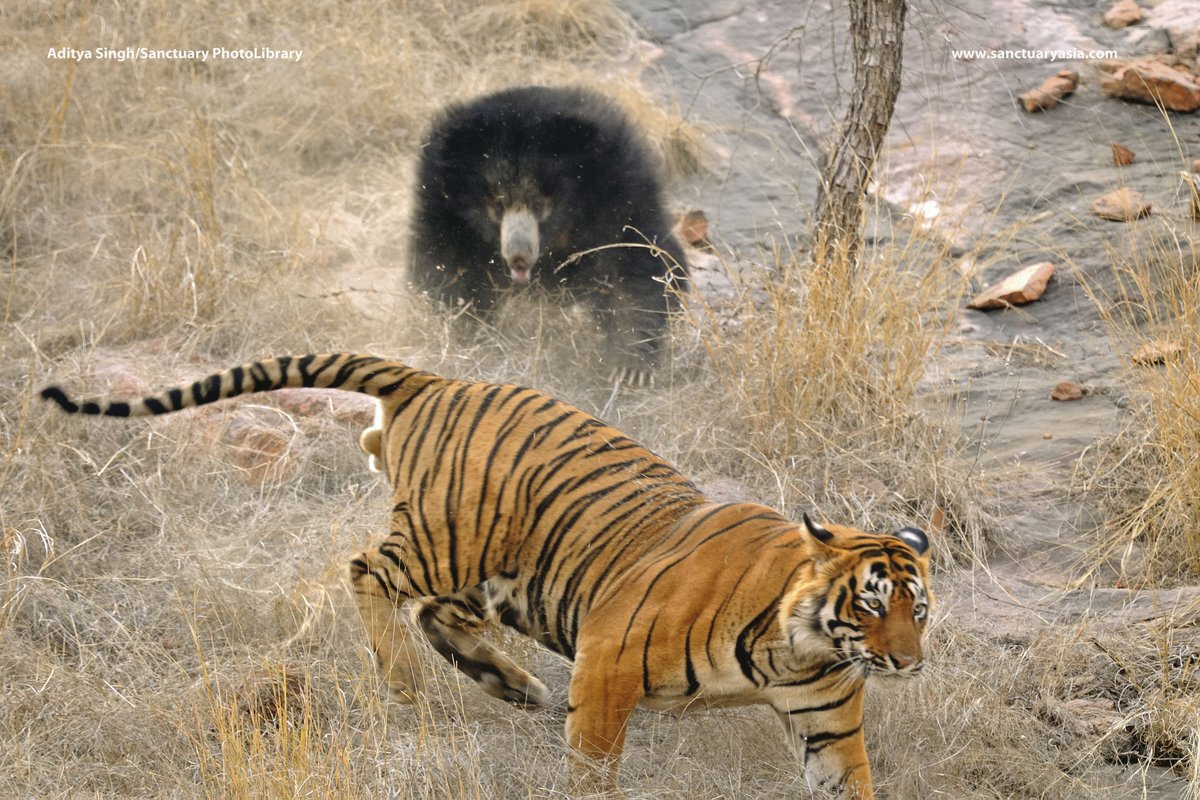 Changing game: However, as the tiger struggled to keep the sloth bear down, she soon had the upper hand and was seen charging at the tiger. 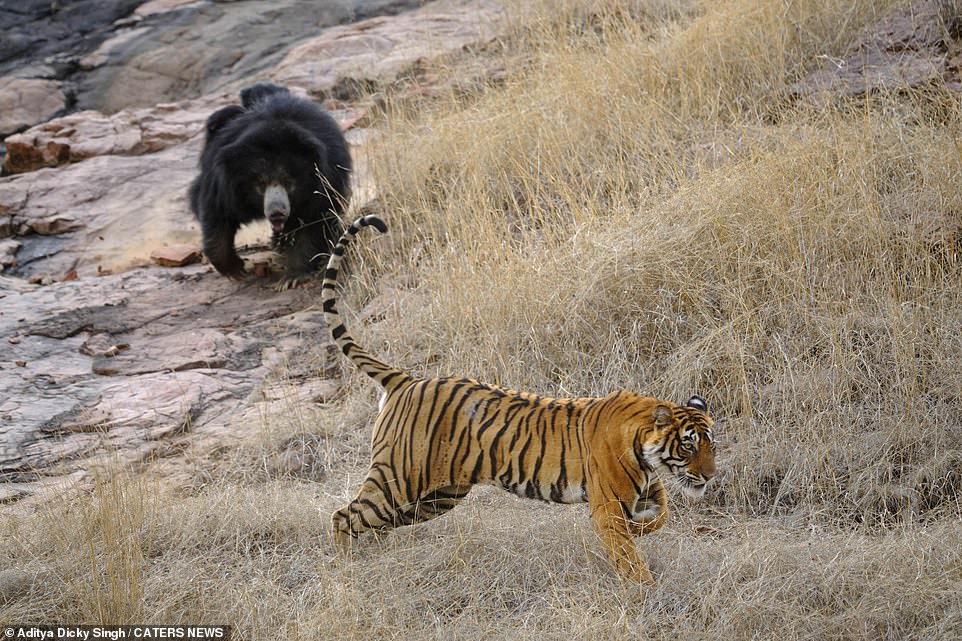 The run of shame: With no dinner and and a bruised ego the tiger hightails it out of there.